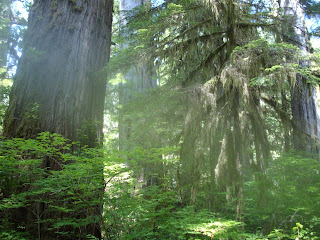 Thanks to Jason Miller for passing on some photos he took of the forest during the reunion, they show how we had such great weather. first picture he titled 'Summer light in the Rainforest'. Click on the image to enlarge. 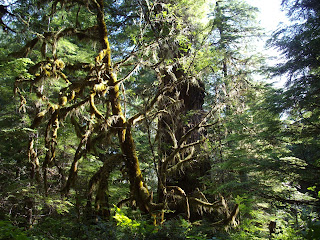 Second photo is of the slow growing Pacific Yew. 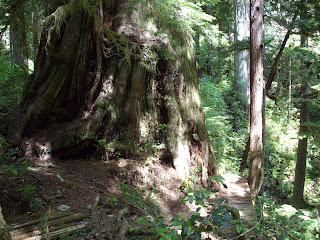 Third picture is of one of many giant Red Cedars outside the park boundry in the still unprotected area called 'Castle Grove'. 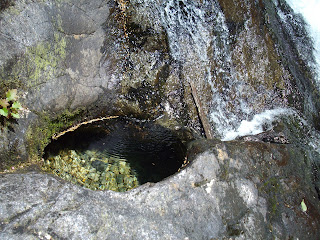 Fourth picture is taken at the waterfalls just above where the West Walbran meets the Walbran Creek. titled 'Falls spherical cavity'. 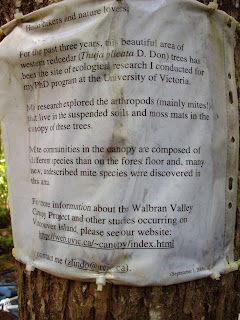 Fifth picture of a notice of new species research in the canopy of the rainforest. 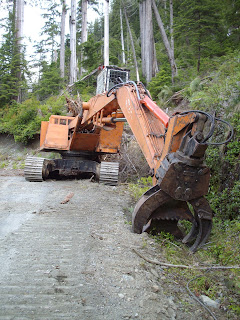 Sixth picture is of 'fellar buncher' on the road out of the valley, clear-cut logging continues right up to the park boundry.
Posted by Welcome to the Walbran valley reunion blog at 5:50 PM